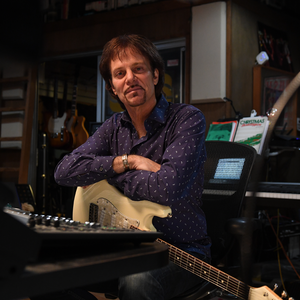 Uncle Sam Interviews Singer/multi-instrumentalist/producer Robert Berry’s new
album, The Rules Have Changed,” under the name 3.2 will feature contributions by Keith Emerson. The album
is the last musical project in which Emerson was ever involved prior to his
untimely passing in 2016.
The working relationship between Emerson and Berry began in 1987. Former
Yes manager Brian Lane and Carl Palmer arranged a meeting between the
two prolific musicians. The plan was to form a more melodic, song oriented
band (compared to the complex symphonic rock compositions for which ELP
was known), which would allow Emerson, Berry and Palmer to follow in the
footsteps of the success that Asia and GTR were enjoying during that period.
The result of that collaboration between Emerson, Berry and Palmer was the
band 3 and the album “... To The Power of Three,”