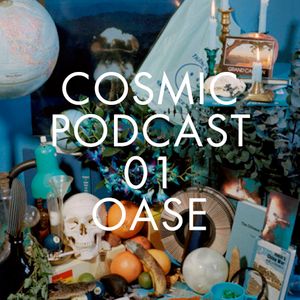 Oase is a Swiss DJ based in the city of Fribourg, Switzerland. Inspired by African culture and by world music in general, he is mind-blowing behind the decks. His sets consist of a melting pot of styles ranging from techno to 80s acid house and even funk weapons.

But Oase's interests do not lie only in DJ-ing. He is an active militant for the preservation and development of electronic music as a whole in his own town. While collaborating with two friends, Oase also created Foupoudav which organized many events such as « Tanzen is auch Sport » at the XXe and « Smoke Machine » at the Mouton Noir. The Club itself and these events were applauded by Traxx Magazine.

Oase is a member of « Studio 1157 », an organization of DJs based in Fribourg which promotes other Swiss and international DJ collectives. In 2015, he also became a member of the label "Gute Nacht" in Fri-son who organize electronic events during the year and the Duplex Electronic Week-end and.