US Colonization at Home and Abroad with Wendsler Nosie, Naelyn Pike and Rafael Mariano (Ka Paeng) 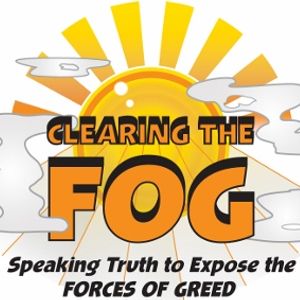 This week two groups in Washington, DC are protesting colonialist policies being imposed on them by the US government. Apache Stronghold traveled from Oak Flat, AZ because there was a provision in the most recent version of the National Defense Authorization Act to give land including the sacred site of Oak Flat to Resolution Copper Company - Rio Tinto - BHP for a billion dollar mining operation. We speak with San Carlos Apache Tribal Councilman Wendsler Nosie and Naelyn Pike, a leader in the Apache Stronghold movement. The International People's Tribunal held events in New York and Washington, DC to bring attention to the collaboration between the US and Philippines in the "war on terror" resulting in the disappearances, torture and murder of hundreds of people and displacement of tens of thousands. We speak with Ka Paeng (Rafael Mariano), a former member of Congress and current co-chair of the Peasant Movement of the Philippines, KMP. For more, visit www.ClearingtheFOGRadio.org.