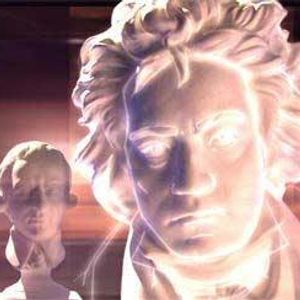 In his "Eroica", Ludwig van Beethoven (1770 – 1827) took the definitive step from the “classical” symphony of the 18th century to the “grand” symphony of the 19th. His Third Symphony is a key work in the repertoire of any symphony orchestra.The pioneering elements of the work are its unusual scale, daring orchestra-tion, and trailblazing harmonies.Beethoven composed the Third Symphony in 1803/04, two years after writing the famous "Heiligenstadt testimony", in which he talks about his failing hearing, his suffering and the future. Beethoven set out on his "new way".Initially, he planned to dedicate his Third Symphony to Napoleon, to mark his enthusiasm for the ideals of the French Revolution. But Beethoven was so angered to learn that Napoleon had had himself crowned emperor that he erased Bonaparte's name from the title page.
Broadcast Times: Sat, 29.07.2006 18:30 UTC; Sun 30.07.2006 6:30 UTC; Mon 31.07.2006 0:30 UTC, 12:30 UTC

I love Beethoven's symphonies. I am not a music critic, just a music lover. This recording is great.