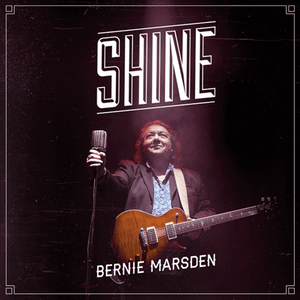 One of the world’s most celebrated blues/rock guitarists, Bernie Marsden, has released a new album ‘Shine’ today, 18th August 2014.

A renowned songwriter, Marsden has written and recorded with some of the genre’s greats, including Robert Planet, Joe Bonamassa, Ringo Starr and Paul Weller to name a few, and has written many global rock anthems including
Whitesnake’s ‘Here I Go Again’.

Marsden recruited some of his close friends and peers to the recording process including the likes of Joe Bonamassa, David Coverdale and Deep Purple duo Ian Paice (drums) and Don Airey (keyboards).

Here's what he says about the album 'Shine'.