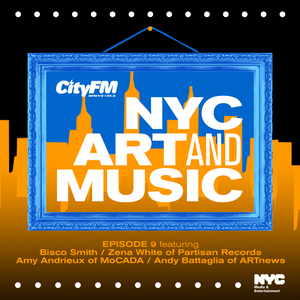 In the tight confines of New York City, artists and art forms have been rubbing up against and influencing each other for over a century. Long before the digital era’s multidisciplinary wiz-kids came along, the city was full of writers who were film-makers, dancers who were actors, painters who were performance artists. It's impossible to discuss the city’s historical and current music culture without discussing its art. And vice-versa. This week CityFM looks at how some of these exchanges worked, and how artists, musicians and critics looked across styles and disciplines.