CityFm Episode 5 - Latinx In The City 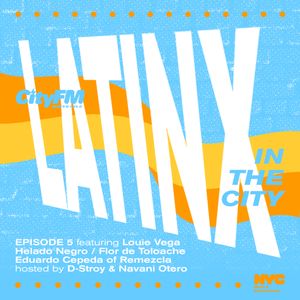 Music made by Latinxs has been flowing through New York’s bloodstream for nearly a century: what began with Cuban mambo (one of the cornerstones of modern jazz), progressed to the Nuyorican sounds of boogaloo and salsa, then made the clubs pop with freestyle and reggaeton, and is now one of the city’s primary and unmistakable cultures. CityFM’s Latin Music episode is a survey of that culture’s contemporary manifestation in New York,and its recent history — from the DJs that brought the united club sounds and audiences and iconoclastic artists forging individual paths, to young musicians updating traditional forms and the youthful communities growing all around them.