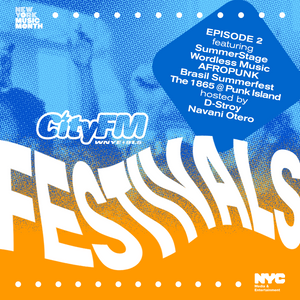 In a city that hosts internationally renowned, ground-breaking sounds all year long, the very idea of a music festival is quite different than it is in other parts of the country. But that’s why festival programming in New York often redefines the concept, or revolutionizes the form. Across all genres, styles and audiences — and boroughs — follow CityFM as we talk to the producers, participants and attendees of the city’s festivals, from the two-day multi-stage experiences of Brooklyn’s AFROPUNK, to the citywide showcases of SummerStage, to the specific microcultures served by Punk Island and Brasil Summerfest.