Amazing Grace from the Bible Belt 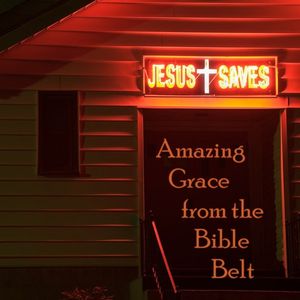 Probably overkill. I don't care. Never been known for middle of the road. I just had too much fun discovering these tunes when I was combing through the much more sedate versions in my previous cloudcast titled simply "Amazing Graces".

So slap this puppy on right after you drop that celery stick into your first Bloody Mary sometime late Sunday morning. The vodka ought to kick in about the same time as Billy Ray Cyrus.

Some notes on the recordings:

Aretha's "Amazing Grace" runs some 16 minutes. It's some of the greatest "in-house" gospel music ever recorded. But it might take some getting-into for the rest of you - so I trimmed it.

Good luck trying to find a digital version of Al Green's "Amazing Grace". I got this one off his "One In A Million" CD from the local library.

If the final piece sounds "left-centric", it should: 2 pianos on stage, 1 centered single point microphone.

This one's for my brother who's grace is always nothing short of amazing.