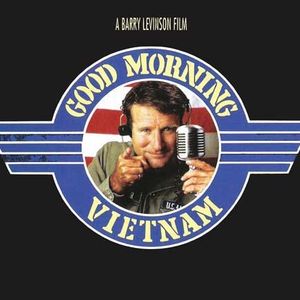 The Animals and Neil Young.

In 1988 a film came out starring the late Robin Williams based upon Armed Forces Radio DJ Adrian Cronauer's experiences in Vietnam. To mark the 40th anniversary of the end of the Vietnam War, Adrian Cronauer tells the true story of his time in Vietnam & a history of the conflict that divided America. The programme includes powerful archive, the music he used to play, as well as memories from other Vietnam veterans.