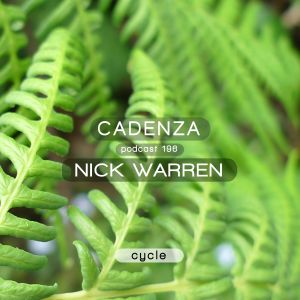 Our guest this week is Nick Warren, a British DJ who honed his turntable skills as support DJ for Massive Attack, and a producer that has turned in some classic moments in dance music’s history. Nick began his DJ career in Bristol, playing reggae and alternative sounds and also at early house parties in the city, quickly establishing himself as one of Bristol’s premiere DJs.

A meeting of minds with Jody Wisternoff led to the formation of Way Out West, who released their debut album in 1997, and included the international club hits, ‘The Gift’ and ‘Ajare’. Way Out West have gone on to release another three albums, countless singles and remixes, and a killer live show. Nick is well known for his residency at Liverpool’s Cream nightclub, as well as his long standing relationship with the Global Underground compilation series.

Nick continues to DJ relentlessly, produce both solo and with Way Out West, and A&R for Hope Recordings.