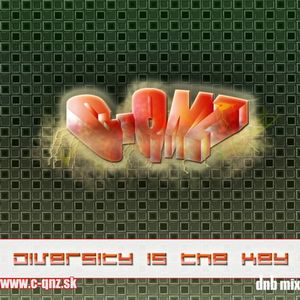 There are several favourite tracks of mine (at the time the mix was recorded, or wait, they're still my favs :p ) in the tracklist, which includes heavy stuff released on such labels as e.g. Lifted, Habit alebo Evol Intent recs . Two of my released tracks are also included in the selection aswell as 2 dub tracks, which are both worth a listen for sure.