Episode 2: In Conversation with Eamonn Rooney 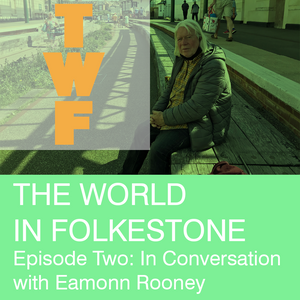 In Episode Two, Morgan speaks to local historian Eamonn Rooney, who moved to Folkestone from Northern Ireland in the 1960s and is the author of ‘Folkestone and the Belgian Refugees During World War One’. Meeting at the recently restored, bustling Folkestone Harbour station, where so many international travellers arrived and departed in previous centuries, their conversation begins with Eamonn explaining what brought him to this part of the world.

“I was actually a reluctant visitor… There was one hotel owner – people turned against him because he had a foreign-sounding name, but he was actually Cornish” - Eamonn Rooney.