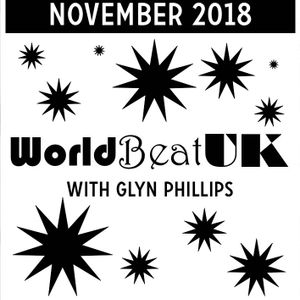 This month, Brum Radio's Glyn Phillips features 2 and a half songs from American bluesman Eric Bibb's new album Global Griot and one from Canadian bluesman Colin James. On the experimental latin side he goes back to 1970s Colombia for a psychedelic Argentine take on cumbia, as well as to similar ideas from contemporary Mexico, Spain and New York.

There's Togolese vaudoo-funk and Haitian voodoo-rock, jazz fused with music from Sudanese and Indian singers, Pan-Celtic fusions with Balkan music from one of the UK's greatest live folk bands celebrating 20 years in the business as well as intriguing mixes from other UK based outfits - and a track in support of Malian Fatoumata Diawara's upcoming concert in London this month.