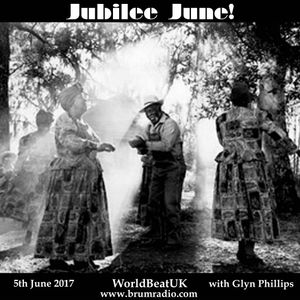 In this episode of WorldBeatUK, presenter Glyn Phillips catches up on three week's worth of new releases of world music! Expect to hear brilliant Bosnian sevdah music from the featured album of the week, Live In Mostar by Divanhana, as well as mid-70s Congolese grooves from Franco & TPOK Jazz and some simply fabulous ring-shouting from Georgia (the state, not the country!)'s McIntosh County Shouters!