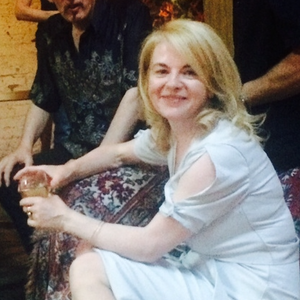 She has been compared to cult noirist Derek Raymond and, according to the American author and cultural commentator Greil Marcus, she looks like Gloria Grahame in Fritz Lang's 1953 The Big Heat and is ‘The only woman in London who is brave enough to look that glamorous.’

Ann Scanlon presents A Love Letter to… The First Lady of Noir — the title that David Peace coined for his fellow novelist Cathi Unsworth, who is the author of six books, including That Old Black Magic, which has just been published by Serpent's Tail.

Ann is joined live in the studio by The First Lady herself, to talk about The Not Knowing, The Singer, Bad Penny Blues, Weirdo, Without The Moon, That Old Black Magic, and her little black book London Noir.