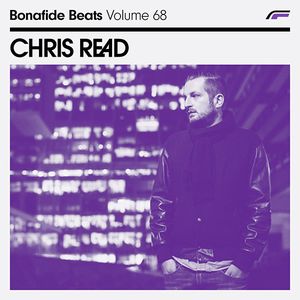 Chris Read first came to the wider attention of mixtape heads with the 2007 release of 'The Diary', although he was already well established thanks to a 10 year DJ/Promoter residency at one of the UK’s longest running hip-hop and funk nights, Substance, a period which overlaps with a 2 year tenure on BBC 1Xtra's mix show. He’s since built up a following for his output of mixes, the most successful of which have seen him collaborate with the likes of Delicious Vinyl, Wax Poetics, WhoSampled and Adidas Originals.

Fast forward to 2015 and Chris is releasing his latest album for BBE, his fifth compilation release for the label but his first entirely of his own material. Titled 'All Night' the album feature Chris's productions and remixes for Grammy Award winners Bilal and Algebra Blessett plus Oddisee, Pugs Atomz & BBC New Music Award winners Maylight. Its eclectic stylings, which take in hip hop, contemporary soul and electronics, are reflected in this mixtape.