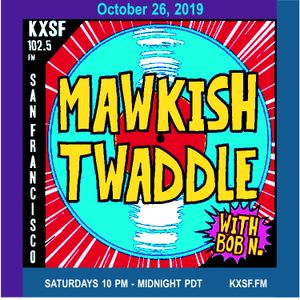 This show was 90th in the global indie rock chart.

There's also a heretofore unreleased 1969 cut from Jim Sullivan, and a gem from Dragnet, the second LP by The Fall, to commemorate its release on this very day 40 years ago.

Oh, and an Emergency Alert System warning near the end of the program.

It's the last Twaddle until the 16th of November, so listen to it again and again during the next few weeks!