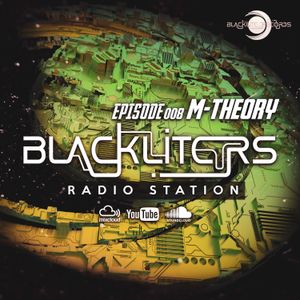 Happy New Year people! At the start of this new decade we keep streaming rocking music from our #Blackliters team of talented producers. First up is M-THEORY’s blasting live set recorded at the recent Universo Paralello, Brazil’s massive new year’s festival.
M-THEORY is no stranger to big festivals. His very first appearance at Universo Paralello was back in 2007, just over a year before the release of his first full studio album. Since then he has been steadily releasing solid Eps, singles and collaborations, and has performed repeatedly at many leading festivals around the world such as Boom, Ozora, Antaris, Fusion, The Experience, Indian Spirit, Shankra and Sonica.
M-THEORY features a distinctive and fat kick and bass sound with tight rhythms and quirky loops delivering a unique psychedelic groove. Contemporary, powerful and rhythmic – intoxicating stuff!