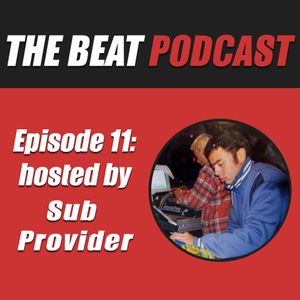 Gaetan aka N3ON Dept and Sub Provider was born in Saint-Etienne, France, in 1972. He discovered techno and breakbeats while he worked for the TV channel Canal, and also thanks to his English friends. In 1996 he performed as 2 live acts, the first one techno (Subjunction) and the second drum and bass (Junction14). He is a member of the collective (Trancemission) with DJ Miss Kittin, Miloch and Ralph. In 1997, as Junction14, he released the maxi Ep "Paradoxal Phaze" for the label Interzone records. He has played at numerous festivals, alongside artists such as Carl Cox, Jeff Mills, Da hool, Yves de Ruyters, and Scan X. In 1999 he joined an electro / rock band, in 2008 he returned to techno and mixing under the name of N3ON Dept, and in 2012 he switched to liquid funk and liquid drum and bass under the name Sub Provider.