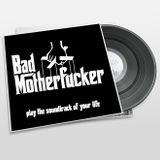 John Lommers (BMF) began his career as a rave DJ in the mid 1980s. One of the first gigs he played was in legendary club the Galaxy. He has performed at clubs such as Broadway, Toys, Rodenburg and several spanish clubs. Toured with roadshows like Veronica Drive In Show, Man of action Show, Philips Moving Sound Show through Europe. DJ BMF hosted his own radio show at Extra 108 in Amsterdam.