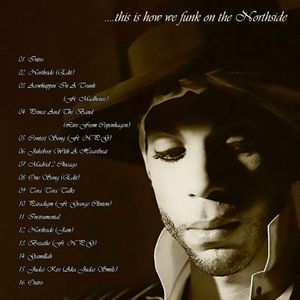 Northside was initially released as part of the NPG Music Club Edition as an mp3
download, credited to the New Power Generation. In 2004, it was included on the
compilation album The Slaughterhouse, with no specific artist credit.
While exact recording dates are not known, the tracks are believed to have been
recorded in late 2000 or early 2001