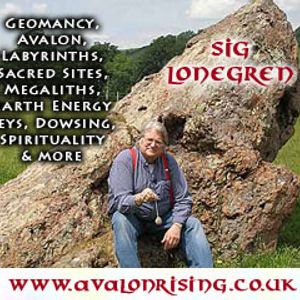 www.avalonrising.co.uk - Sig Lonegren received a Master's Degree in the study of Sacred Space in Vermont, USA, where he focused on archaeoastronomy, sacred geometry, dowsing Earth energies, archaeology and anthropology. He has lived in Glastonbury since the mid-80s, was a founding member of The Labyrinth Society, is an Honorary Life Vice Chairman of the British Society of Dowsers, a past Trustee of Chalice Well, and organised the construction of the Glastonbury Tercentennial Labyrinth. He wrote 'Labyrinths: Ancient Myths & Modern Uses', 'Spiritual Dowsing', and 'The Pendulum Kit', (which sold one-and-a-half million copies and has been translated into 15 languages). Check out his site at: www.geomancy.org