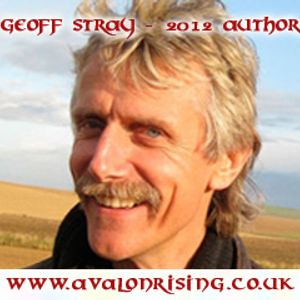 www.avalonrising.co.uk - 2012, Mayan Time-Science, Olmec Origins, Timewave Zero, Prophecies, Pineal Gland, Flouride issues, Higher Wisdom and more. Geoff Stray has been studying the meaning of the year 2012 since 1982. Around 1996, he started to compile the information into a booklet called Beyond 2012. In September 2000, he made it available on the internet via the website www.diagnosis2012.co.uk. Since then, Diagnosis2012 has become renowned as the most comprehensive database available on 2012, and has gathered input from every corner of the globe. Geoff has given presentations on the topic across England and in countries as far afield as Belgium, USA and Peru. In his spare time, he makes handmade footwear, rides a dirt bike and “plays the blues harmonica to passing sheep”. Geoff currently lives in Glastonbury and has published three books - Beyond 2012: Catastrophe or Ecstacy?, The Mayan and other Ancient Calendars and 2012 in your Pocket.