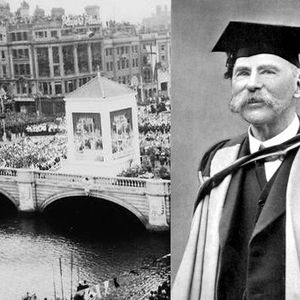 History with Claire Hall Segments:
In Part 1 Claire talks about the 1932 Eucharistic congress which took place in Dublin between the 22nd and 26th June. Ireland was selected to host the congress in this particular year as it marked the 1500th anniversary of St. Patrick's arrival in Ireland.
In Part 2 Claire talks about the very first presidency in Ireland by Douglas Hyde, which began in 1938.