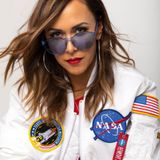 Never miss another
show from AROHA

A tastemaker for new and emerging music outside of the mainstream, Aroha was previously a flagship host for 8 years on New Zealand nationwide dance music station, George FM, and winner of the reader-voted Rip It Up Magazine “Best Of Kiwi - Best Club DJ” award.

Aroha’s eclectic dance music selections have seen her headline countless shows, be invited back year after year to perform all of the major NZ festivals and play support for some of the biggest acts including Disclosure, Diplo, Chase and Status, DJ Jazzy Jeff, Netsky, Kaytranada, Sigma and Troyboi.