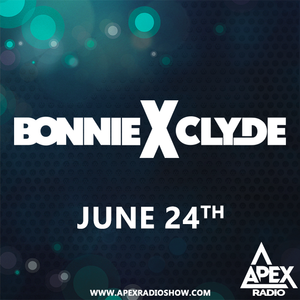 The DJ/Producer/Vocalist duo debuted in Summer 2015 ready to steal the show. BONNIE X CLYDE released "The Ride" in July 2015, their fist track in a series of hits that exposed the world to their unique style, now coined "Vocal Bass." BXC followed up with their viral hit "Rise Above" which hit 500k plays on Soundcloud, grossed over 700k hits on TrapNation's YouTube, and landed them a licensing deal with Insomniac Records.

BXC started 2016 off with a bang. Fresh off of a direct support set for Skrillex, BXC made their festival debut at Life in Color Miami, and then immediately embarked on their 10 stop headlining "Gunshine State Tour". Throughout the year, BXC will be taking over the mainstage for multiple Life in Color dates and continuing their takeover on the club and festival circuit nationwide. Having shared the stage with superstars such as Rae Sremmurd, Flosstradamus, & Zeds Dead, BXC have undoubtedly positioned themselves for domination in 2016.