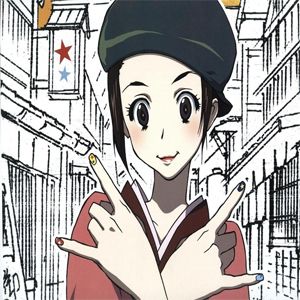 This month, we're celebrating the music and career of the late Hip-Hop producer Nujabes, responsible for the amazing work in producing the soundtrack for Shinchiro Watanabe's Samurai Champloo.

Jun Seba, also knows as Nujabes passed away On February 26, 2010, leaving a legacy of influence in the world of anime, anison and music in general. His works crossed genres, and has influenced many producers and musicians around the world.

In celebration of his birthday on February 7, we have invited Fuu from Samurai Champloo to create a mixtape in celebration of Nujabes's career. What follows is an eclectic mixtape that not only contains music from Nujabes and other Samurai Champloo producers like Tsutchie, Fat Jon & Force of Nature, but also includes the likes of old-school heavyweights from Tupac to modern-day rappers like B.o.B, along with several Electronic producers like 2 Bad Mice, Apple, Caspa, Towa Tei, Massive Attack and more.

samurai champloo is so cool

only love 4 samurai champloo and NUJABES!!
respect! great mix!! i love it!!!!

Great mix! It was a roller coaster ride until the very last song, till it was all over...