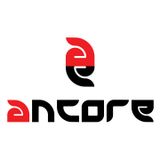 Never miss another
show from Ancore

Ancore has earned wide acclaim as a DJ in many of the hottest clubs throughout Southern California. An ear for the hottest music and talent for mixing bass thumping tracks have landed him coveted gigs all over Hollywood, Orange County and San Diego.

His DJ career started 12 years ago while growing up in Orange County, California when he purchased of a pair of turntables, a mixer and his first two vinyl records: Daft Punk's "One More Time" and ATB's "9 PM (Till I Come)." Using the handle Mixter Xquizit before switching over to his current name, Ancore won over crowds at clubs around Orange County with his ability to seamlessly blend different genres together. Even though electro music had not achieved widespread popularity in southern California at the time, Ancore quickly made a name for himself through spinning house alongside hip-hop music. In recent years, Ancore has taken up music video mixing and has used it to bring an entirely new element to the dance floor.