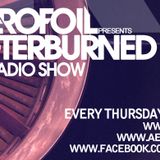 Never miss another
show from Aerofoilmusic

Nick van Mansum - nowadays better known to the world as AEROFOIL - has left a long thread throughout the history of electronic dance music,
releasing many tracks under different names. But since the last two years Nick has settled himself in the more progressive corner.
Having a true 'sound' of his own, and a typical stomping "Aerofoil" beat - being promoted by Top DJ's such as Markus Schulz, Armin van Buuren, Marc Simz, M.I.K.E, DJ Lange, Ferry Corsten, Marco V and many many more - Nick is a rising star on the scene, and one to be watched closely in the forthcoming years!

Big Room Progressive - Check it out!