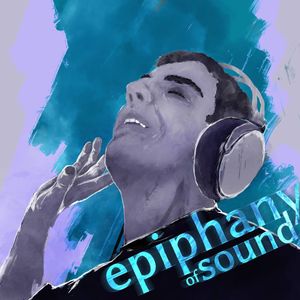 Epiphany of Sound - Vol. 100by Addliss

The anniversary episode is finally here! I started the "Epiphany of Sound" podcast in 2013 and back then it was a great step to professionalize my work. I produced the opening and the soundbits to brand my podcast and build it around the more powerful nuances in Trance. I've had some really great episodes I like to listen to once in a while!

The anniversary episode focusses on tracks I haven't played often enough or that I can't stop to play. Sometimes they're from the second row of successful tracks, not the top played tracks in the genre, but that's what I love about them! Some of them are from the pre-"Epiphany of Sound" era, which is pretty long ago in regard of such a quick industry. The name list is too long to reproduce it here: Daniel Kandi, Ferry Tayle, Ferry Corsten, DNS Project, Suncatcher, 7 Skies, Temple One, Giuseppe Ottaviani, John O'Callaghan...nearly every track is a classic!