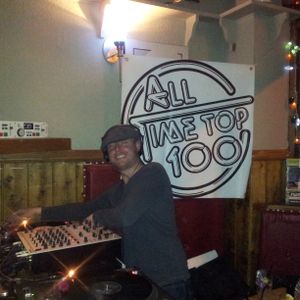 An awesome night with Tim Rivers playing his All Time Top 100. Another fine set played on the 5th May 2012 at Coopers Cask in Hove, UK.

He says:
"For those of you who don’t know me, and many of you won’t. I produce music under the name Kalidasa, put on the occasional night (TiED, Headroom, The Acid House), collect a few records and play them to anyone that will listen, and I’m the author of theacidhouse.com a blog about music past, present and future."

Tim Rivers is a regular on the Brighton music scene, playing at various venues across the city.

I first found a couple of your mixes many moons ago, music for head nodding and just stumbled across this. Thank you.

What can I say!!!!! Fantastic. Did you steal my record collection?

Right up my strasse! Will be in touch about doing a set like this for us on the south coast later this year! Love and biscuits!