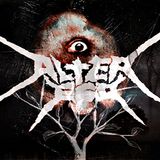 Never miss another
show from ALTER_EGO

Starting from Eksperimomental Rock band called "Hate The Name", with the initial formation: Vocal: Uzie & Nyonk, Guitar 1: Galina, Guitar 2: Denny, Bass: Ichsan, Drum: Great.
But because of busy work that Denny was decided to leave the band and concentrate on his work.
After that we Vaccum while until we also have 2 candidates guitarist named Yuzz & Irwan. But because Yuzz band that arguably has been seriously then we choose Irwan also agreed to be a Guitarist, and changed its name to ALTER EGO homage to screamo / metalcore.
As the running time of vocalists (uzie) and guitarist (Irwan) decided to leave the band temporarily for business and pleasure now replaced by Cuy vocalist, guitarist replaced by degree and patenting our genre into deathcore / post-hardcore
This our new squad: Vocal: Cuyy, Guitar 1: Galina Aconx, Guitar 2: Degree, Bass: Ichsan Itenx, Drum: Supreme Abotz.