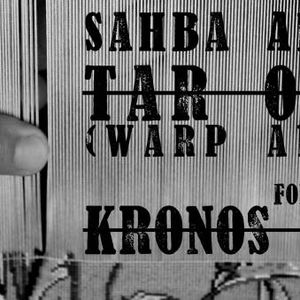 This show was 93rd in the global experimental chart.

Tar o Pood (Persian for warp and weft) is a collaboration between Kronos Quartet and Iranian-Canadian Sabha Aminikia. We interview violinist and Kronos Quartet founder David Harrington, ahead of the performance at San Francisco’s Switchboard Festival, on how their work is centred on a politics heavily informed by the group’s feelings about their own country’s foreign policy (Australia) and treatment of minorities. Sahba Aminikia has featured before on 6 Pillars. The first piece we heard of his was 'Threnody for Those Who Remain' in 2010, dedicated to Aminikia’s father. For Tar o Pood, Sahba spent months trundling around Iran recording weaving processes. During the performance the players wear headphones, playing along with work songs sung by Iranian weavers. The audience hear the weaving interspersed with the piece. Aminikia’s grandparents were carpet weavers from Kāshān and his grandmother’s singing was also used in the third movement of the piece. More on: www.sixpillars.org