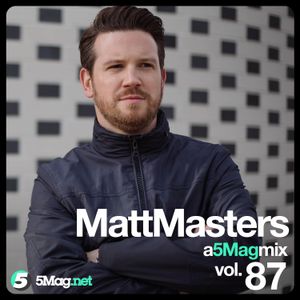 If you don't know Matt Masters' name, you know his work. He's been behind the scenes at Jimpster's Freerange Records for most of the last 15 years.

And if you don't know his sound, you soon will. Matt Masters' Never Ending Nights LP has been in the making for nearly as long, and is out now on Freerange. The eleven track LP shows an innate genius for rhythm and beat-making and an astonishing range. "I hope that anyone who has dreams out there to produce EPs and LPs and get them released on reputable labels like Freerange follow their dreams and do it," Matt tells 5 Mag's Lauren Krieger.

Ahead of Lauren's feature, Matt also put together this week's 5 Mag Mix: