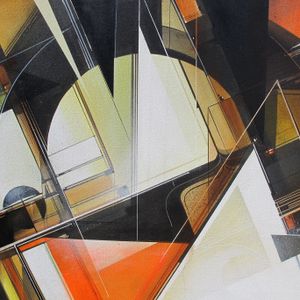 An exclusive set of musics that both inspired and were created based around my recent collection of new works for the "Working An Angle" solo exhibition at KNOWN Gallery, Los Angeles. Majority of the beat loops and experiments were produced by myself on Garageband in "cut and paste" style. This set tends to mood swing from lo-fi 60's funk intermissions into dark and moody 80's dream pop blues, to classic 90's hip-hop with hard funk drums over melodic notes and Moog tones peppered with dialogue and sound bites pulled from films recorded between 1955 to 1985. The film dialogue is a key component in this and all my other mixes for shows, all having some direct relation to the works, their titles and the like.

I hate to lose such great music do to my region......what can I do

@sonikmercury Thanks for that, fam!

cacao chaos is FAT10y ago