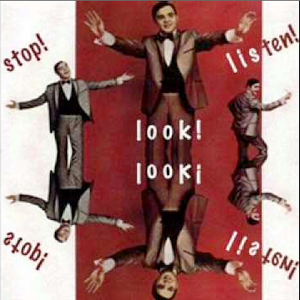 Jumping The Gap Show - July 20, 2011
STOP! LOOK! LISTEN!
www.groovescooter.com
Decided it would be fun to work in a few Latin-lovin' Whiskey Baron edits today, which drove many of the other selections, including a super cover/re-edit of The Beatles' "Night Before". From Ricardo Ray's "preachin' hate is outta date" anthem, "Stop, Look, Listen", to Willie Colon and The Temptations. But today's real debut on the show was a new cute little 7" on Ark Records that finds reggae recyclers Prince Fatty & Little Roy paying an unlikely 20-year anniversary homage to grungebags Nirvana. They remake both sides of the Seattle band's 1990 single "Dive/Sliver" into two terrific skanks. There was also new Ye Mighty to share & a fresh Jazzman outing. To bookend today's show, the remarkable & underrated singer, poet, activist, playwright, lyrical painter and soulful hipster Oscar Brown Jr from his mid-'70s "Brother Where Are You" LP (why didn't the Cohen Brothers use if for Clooney-closing-credits?).