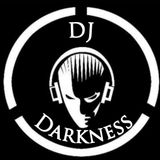 Biography
June 1979 to present
DJ Darkness began his career in 1979 by influence of his older brother, playing at parties for friends and some clubs. And over the years has been perfecting his technique of mixing, as well as researching and forming their own repertoire of music, passing through several trends, from soul to today's electronic sets Trance, Psy, Cyber, Eurotrance, Uplifting, Deep House, Eurodance.
Considered a great entertainer , thanks to his charisma and sympathy with the public. His sets that vary in style as the event infects the guests thus making the 'Non-Stop' track, always analyzing the animation of the guests and seeking the satisfaction of Music all.
- Brazil
Worked in several houses in the metropolitan region of Paraiba Valleybeing resident in some.
- Japan
Worked as a guest on several night clubs in the Tokai region, and also in various events.
Contact : djdarkness893@gmail.com
MIXCLOUD : http://bit.ly/2xEMKYJ
Facebook : https://www.facebook.com/djdarknessofc